Jacob Stockdale scored two tries as Ireland completed a clean sweep of wins in their autumn series by beating Argentina 28-19 at the Aviva Stadium. CJ Stander also crossed to help his side to a hard-earned seventh win in a row after a bruising Dublin encounter. 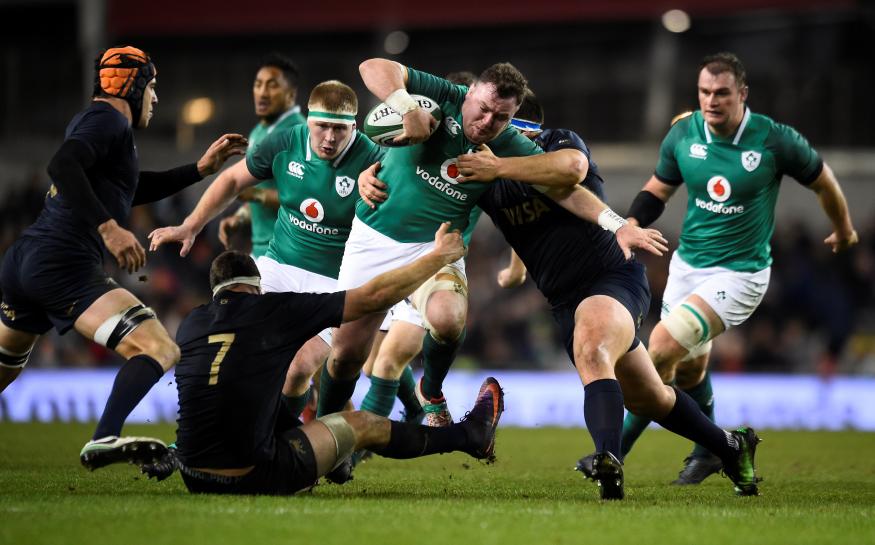 Ireland led 13-0 at half-time but Joaquin Tuculet, Juan Manuel Leguizamon and Ramiro Moyano scored after the break for the much improved visitors. Argentina have now failed to win in eight attempts on Irish soil.

The Argentines, who lie 10th in the IRB rankings, have lost 17 Tests in succession to teams ranked above them but put in a spirited performance in a breathless physical contest. Ireland began their autumn internationals with a record-breaking demolition of South Africa, then a more inexperienced experimental line-up saw off Fiji last week.

The last meeting of Argentina and Ireland saw Ireland lose 43-20 at the quarter-final stage of the 2015 World Cup in Cardiff, since when Argentina have now won just eight of their 27 matches compared to Ireland’s 15 victories from 23 outings.

Just five Irish players who started this game were involved in that last match between the sides and Johnny Sexton, Sean O’Brien and Peter O’Mahony, who were all absent for that devastating defeat, were among the frontline contingent recalled as coach Joe Schmidt brought back most of the side which trounced the Springboks. Talismanic fly-half Sexton kicked 13 points, including two penalties from in front of the posts in the opening 15 minutes, which set his side on their way to a 13th victory from 22 contests with the Pumas.

Ireland made an enterprising start and were on top for most of the first half, going through the phases, retaining possession and laying the platform for success with a dominant scrum, an efficient lineout and ferocious tackling in defence. New cap Adam Byrne almost marked his debut with a first-half try but was denied by a bad bounce of the ball as he attempted to gather Conor Murray’s clever cross-kick.